The cyclist killed in Bozeman was a friend 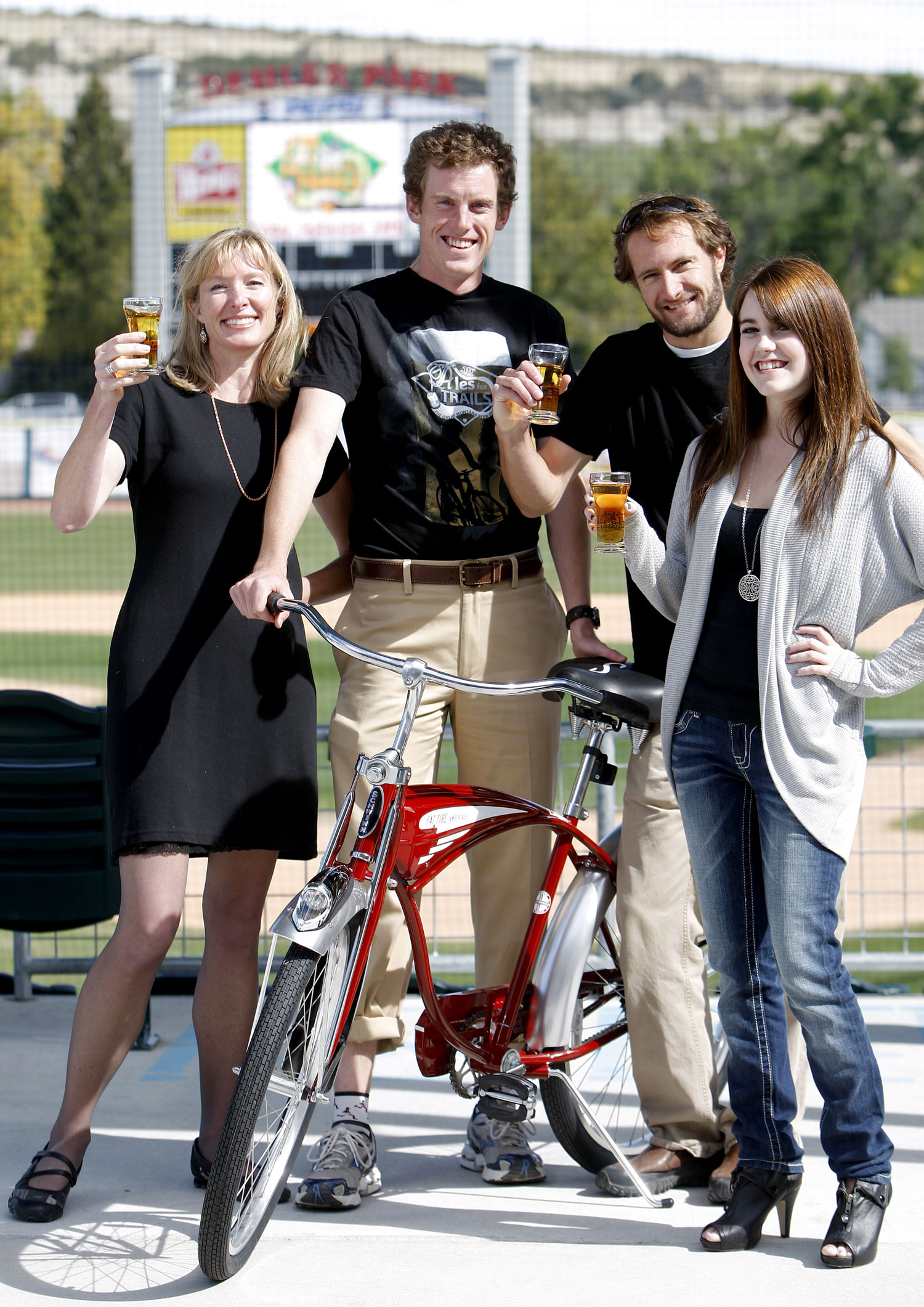 Kelly Fulton, the tall guy pictured in the middle of the photo above, was a Billings native and a bicycle and running advocate. When he died, he was a high school math teacher at Bozeman High School in Bozeman, where he lived with his wife and two kids.

Kelly was an avid cyclist, runner, and founder of Run Turkey Run, who completed many long hikes and bike rides, including the PCT, STP, RAGBRAI, and a coast to coast bikepacking trip.

He passed away in early October 2022 after he was struck by a truck that ran a red light while he was bike commuting to school.

Kelly was active with Billings TrailNet (then BikeNet) during the time he lived in Billings in 2010-2012.

We want to pay tribute to Kelly in a two part series sharing some memories of his life from his friends and family, as well as reflect on his community engagement and activism.

We are forever grateful to Kelly for the profound impact he made on our trails community and the Billings and Bozeman communities at large.

Excerpt from Anna Fulton (Kelly’s sister’s) eulogy: “…He visited us at our first home in Oakland, CA back in 2014. He pulled out a little stool, his pad of paper, and sat down in the backyard underneath our giant Monterey Cypress to sketch for an hour or two. By the end of it, we had a gorgeous (to code) deck to enjoy our outdoor space. My mom and dad could tell you this same story, but about a deck for their cabin, and Ross could tell you the same story, but about a deck for his house in Massachusetts. We recently asked him to come up with ideas for an outdoor space at our current home: he decided to come up with a really great kitchen design instead. I think he was tired of drawing decks…”

Excerpt from Nash Emrich and Carissa Klarich’s eulogy (Carissa and Nash were college and childhood friends): “…Kelly adored Elizabeth and the boys. He was a partner from the beginning. He knew partnerships were founded on trust and communication – which is why he thought the best way to determine if they were a good match was to embark on a three month bike tour across the US with his future bride. And he was right. They were a perfect match and ultimate adventure buddies. The meals they made, the trips they led, and the math lessons they planned were all a labor of love that they shared together. As a father, he was patient, devoted, and endlessly fun. Whether it was watching just one more episode of Bluey, getting up and staying up through the night with a sick kid, or dreaming up the latest version of Calvinball, Kelly was there for his boys day in and day out…”

Excerpt from Ross Fulton, (Kelly’s twin brother’s) eulogy: “…Grandparents tend to retell the same stories and sayings, and a favorite of my grandmother’s was that “Kelly always comes in just under the wire,” followed by a characteristic groan so that we know he stressed her out. But Kelly always made it. Much of this sentiment had to do with Kelly’s knack for always being late; it was never that he was lazy, but the opposite—he was always trying to do one more thing. It was like he knew that life waited for no one and he had to cram in as much as possible. Example: 30 minutes before we needed to be somewhere, he’d decide he could in fact fit in a run and shower. False. Or that he could pick something up at the store and still make it to an appointment on time. False. Or that I had the time to play a round of frisbee golf before my wedding and that everything would be ok. FALSE. But he was right—everything was ok (eventually) and Sarah and I were married…”

Excert from Justin van Amelo’s eulogy, (a Bozeman friend): “…He didn’t see endless problems in the world that needed to be fixed, he saw endless potential that he could help realize. […] It was an inherent compulsion that he had. So many people in this building right now have stories about how Kelly has helped us through his tireless efforts whether it was using his architecture background to design and help with a remodel, delivering homemade baked goods in the cold, or simply spending an extra moment speaking to us when it looked like we could use a little bit of a boost that day. The world is better for his constant, ceaseless efforts…”