If you hike often in Zimmerman Park you may notice that broken glass and garbage isn’t as prevalent as some other places on the Billings rims. Honoring and caring for this beautiful area we can enjoy just a few minutes from any neigbhorhood in Billings is something many of us do… and today we’d like to honor someone who is an expert at that: Chris Jorgensen. You may recognize his name from his professional title: City Editor at the Billings Gazette. For those who hike Zimmerman Park and enjoy the richness of the area, Chris Jorgensen is a hero.

We asked him about his dedication to cleaning up Zimmerman Park, and this is what he had to say:

“Whenever my wife and I have visitors from out of town, we take them to Zimmerman Park for a walk on the Rims. The winding trails and the sweeping views never fail to impress. We’re never prouder of Billings than when we’re standing on the Rims.

For years, I’ve strolled those trails two or three times a week, and every time I’ve been there I’ve wondered, why is there so much broken glass, and why doesn’t someone pick it up?

Two years ago I started picking it up. Now when I’m strolling the trails I have a little bag with me and stoop to pick up whatever glass, and whatever trash, I see. I dump the glass into a two-gallon bucket I keep in my car and after two or three trips to the park the bucket fills and I dump that onto a pile in my backyard. I haven’t exactly counted, but guess there’s more than 100 gallons of broken glass, weighing hundreds of pounds, in the pile. Oddly, in all the glass picking I’ve done barehanded, I’ve never been cut.

Every once in a while, an artist friend comes by and picks out glass he’s using to create a panorama of the Rims. I love the idea of trash from the Rims being used to create art of the Rims.

People in the park who see me picking up glass often stop and say thank you, and one guy I see regularly has started giving me the pockets full of glass he picks up. And, I’m greeted by lots of friendly dogs. Last year, with the help of George Moncure, we organized about 20 volunteers to spread out across the park for several hours of picking up glass. The effort filled several big tubs full of glass and trash.

I’d like to think my glass picking in purely community do-gooding, but it’s mostly an excuse to return to the park for some exercise and a couple of hours of pretending I don’t hear my phone ringing. My hope is that visitors to the park, seeing less broken glass, will be less tempted to break more glass. We’re lucky to have such a beautiful, mostly natural park with such amazing views so close to a metro area, and have it all tied into to a trail system that connects the whole community. I look forward to walks in Zimmerman Park and having nothing to pick up.” 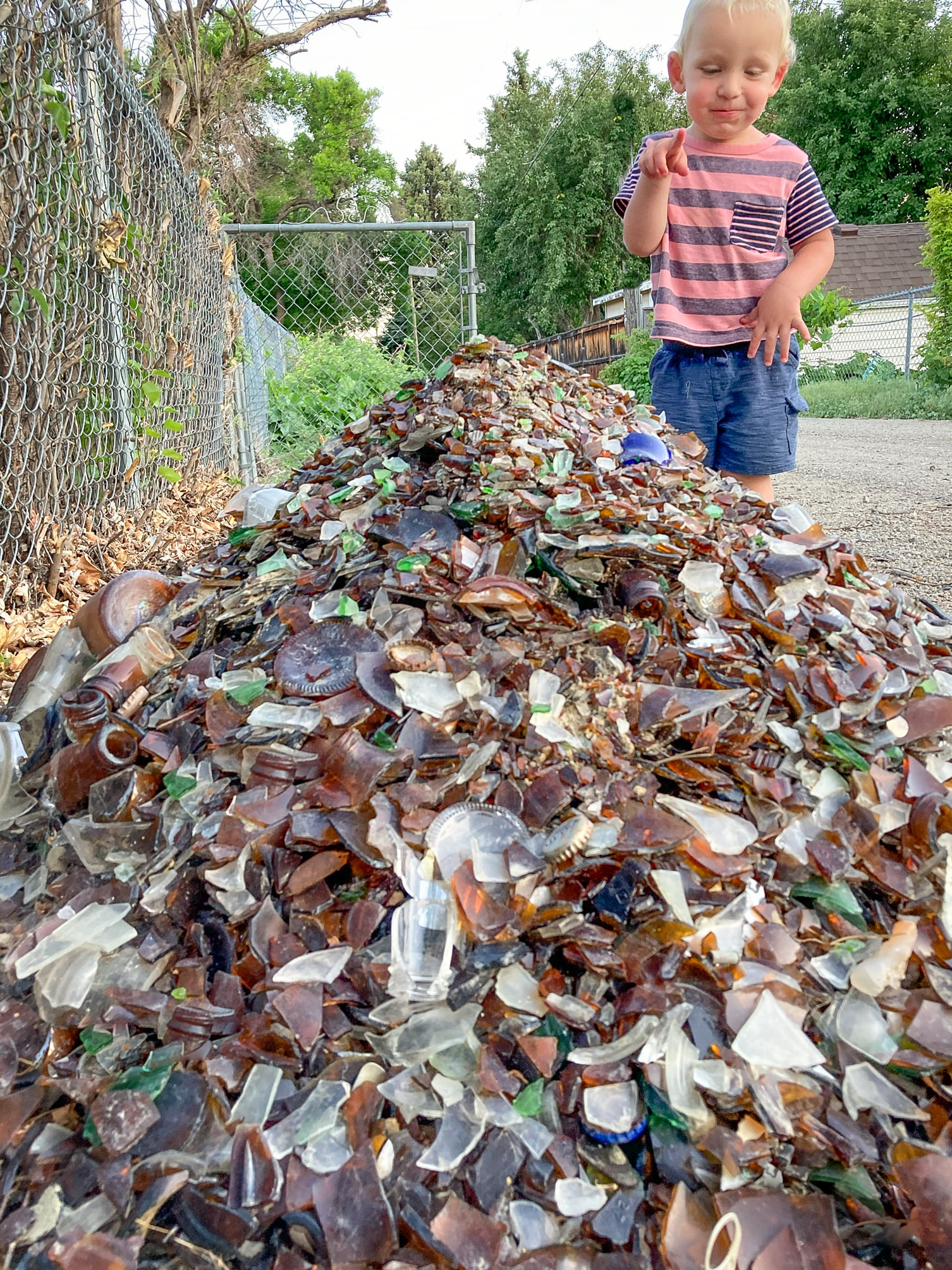 Thank you Chris Jorgensen, George Moncure, volunteers, Scott Brown (The Base Camp), and all other quiet trail heroes, for keeping Billings’ most beautiful places beautiful!